What is it, with women and horses? 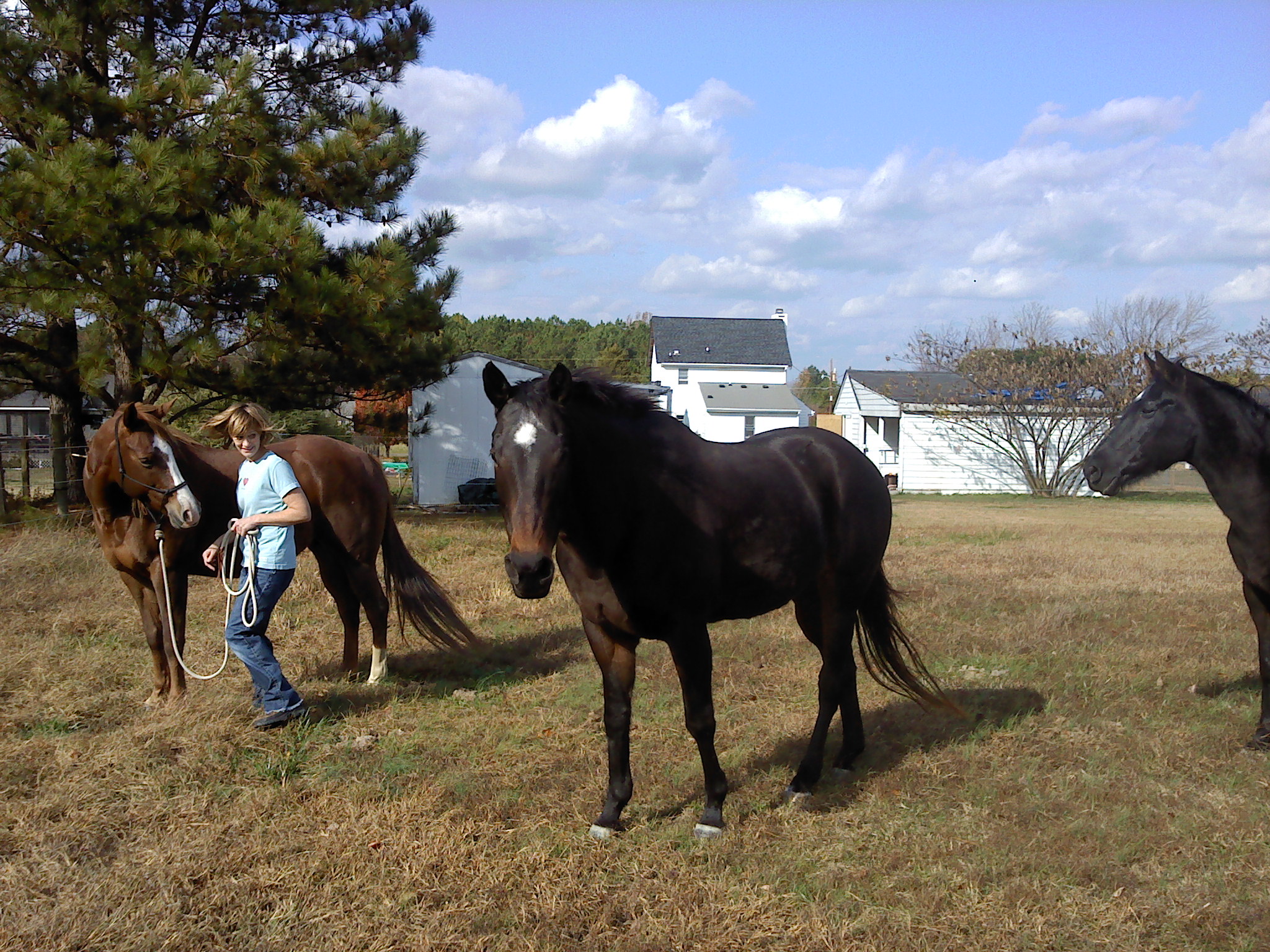 What’s the link between women and horses? I’m intentionally leaving men out right now, as there’s a quality in the connection between a woman and a horse that bears investigating.
It’s there; undeniable, with roots buried deep in the unconscious of our culture. Like all things unconscious, it is powerful, and the power of unconscious things can be both life giving, and soul destroying.
If you’ve spent any amount of time around horse people, you’ve seen both the life giving and the soul destroying options. But why? Or, maybe, how is this so?
The teacher/mentor who sexually and emotionally abused me for seven years hated my connection with horses. He insisted that it was something sexually perverse, and my time spent with them was wasted. I knew, even in my teens, that he was jealous of something he couldn’t understand or control. And that he was wrong. It took thirty years though, for me to start putting the pieces together.
I was one among many of you, who came out of the womb horse crazy. They were my first passion. My heart opened to them even when it shut to everything else. Their presence stirred up a longing and an aliveness that, when I finally allowed it, woke me back up again.
Some of us being born horse crazy though, doesn’t account for the fact that 90% of horses are owned or managed by women. There’s something more.
Follow me for a minute… I’d like to explore that.
Horses are prey animals.
Humans are a predator species. There’s not a single one of us who isn’t. You can’t escape your species.
Yet, for women, the experience of being prey is often too familiar. It is for some men too, but it’s almost universal for women.
It doesn’t have to be outright abuse. Being on the loosing end of a power play is home turf for most of us.
Prey recognize other prey, and because of this, women often feel a kinship with horses.

Well, cows are prey animals too. We don’t see women falling all over cows.
Why horses?
Horses are also inspiring, powerful; with a strength and grace that takes our breath away, and they have something we don’t find as often in other prey species: a desire to connect (albeit, in their own style).
There’s a nobility in horses that even while they are prey, elevates them beyond the mundane; something that we long for. That tension they embody, between nobility and vulnerability, resonates like a plucked string in the hearts of so many women.
Unlike most animals, horses have joined their lot to human civilization for millennia, loaning us their strength, their endurance, their speed, their partnership.
We recognize that while horses were linked to social and military power, they were the province of men. It was only after motor cars, tractors, and tanks rendered horses obsolete, that women stepped in en masse to stand alongside the horse.
I know that sounds romantic. But it’s much less so, in real life.
Here’s the thing… whether it’s because of horses’ innate desire to connect, or their stoicism in the face of our broken behavior; even with our best intentions, we often end up running the same dysfunctional patterns with our horses, that we do with the other people in our lives. Sadly for our horses, we are more blatant with them.

That’s all abstract.
Let me describe some of the broken roles I’ve played with horses. Tell me if you see yourself in any of these as well. The truth is, we carry bits of many different roles with us, that slide in unnoticed, while our back is turned.

There’s the horse crazy girl that’s sure that her horse loves her the best, and dreams of jumping on their back and galloping away from everything she doesn’t like about her life. In her unconscious, her horse will save her. It’s her knight in shining armor, with the power, grace, and strength to do for her what she can’t do for herself. (That was me, for my entire childhood.)

There’s the tough girl. She wants the horse’s strength and ability for her own. She’s learned that it’s about teaching the horse who’s boss, about not letting them ‘get away with that’. She may or may not initially embrace this, but in taking on the role of the dominator, she experiences herself as powerful, albeit in an abusive framework. She projects her fears, shame, rage, and guilt on the horse, and has them carry that shadow side, punishing them for her own darkness, because it hurts too much to own it for herself.

There’s the neurotic horse owner. She needs to be needed by her horse. Her horse requires special attention, special care, and she often feels she is the only one who is qualified to listen to, diagnose, or treat her horse. Every cold rain is a threat, and every limp is cause for fear. She thrives on her horse’s health/emotional/training/saddle fit/shoeing challenges. She suffocates her horse with a need that masquerades as love and care. She’s the classic codependent, and the horse as the unwitting target, gives her an excuse to turn away from her own work, and immerse herself in the horse’s real or imagined cares.

There’s the competitive rider, whose horse is their teammate. The focus is on the sport, on perfecting their performance, and on the task they do together. This can run the gamut from the local show rider, who also trail rides on weekends, to the circuit rider, whose life revolves around the show season. Whether they ascribe to it or not, they are immersed in a world where their horse is a means to an end. It becomes easy to focus on the ‘ride’, and have everyone’s worth (their own, and their horse’s) be measured by their success, or lack thereof.

There’s the pleasure rider, whose horse is a weekend companion, a friend to go out with, and whose time together is about enjoyment on trail. For some, this means reliving teenage glory days and the thrill of galloping headlong into the unknown. For others, it means a quiet meander through the countryside. Sharing this time with their horse is what makes the time special, but when challenges arise, it’s the horse’s job to take them down the trail, and there’s little understanding about how to see things from the horse’s point of view, when that doesn’t go well.

There’s the natural horsemanship woman, who knows that she has the best way of working with horses. It takes the right tack, equipment, cues, and she is sure she will be able to get her horse to do anything. She’s found a nicer way to escalate her signals, but they are still a variation on the theme of “suggest, ask, tell”. She has the desire for that magical relationship with her horse, it’s just not occurred to her that it’s not her cues that are getting in the way, but something much deeper.

All of you who have spent time in the horse world know that this is not an exhaustive list. Underneath these familiar pictures, are women who are drawn to horses, who love them, and who are mystified as to why their relationship with horses can feel as tangled as the other relationships in their lives.

This is the beauty of it. Horses reveal us. Truth be told, everything we do reveals us, but add in a 1100 lb sentient being into the mix, and it gets clear in a hurry. It’s a mixed blessing; pure gift, if we’re willing to take a hard look in the mirror, and a bit mortifying, if we’re not. So, how can we embrace the gift here?