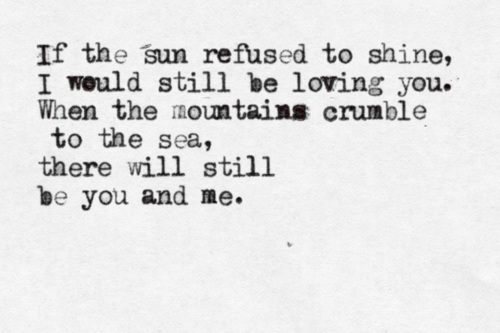 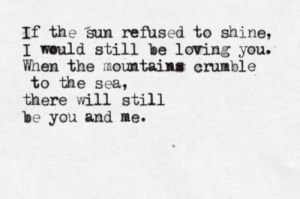 The other night I heard the song, “Thank You”, by Led Zeppelin.

If the sun refused to shine,

I would still be loving you.

When mountains crumble to the sea,

there would still be you and me…

It’s been years… Not since the song first entered my life somewhere in my teens, but since it had become part of the ‘waking up’ season of my life in my early 40’s. Of course it was like dancing with an old friend. Music brings me back in time. I have a visceral response – I can feel what I was feeling then, I can see the sights, remember the nuances of that time. And true to form, it brought me right back.

If you had asked me before this, I would have told you that I was somehow more alive during that ‘waking up’ season, than I have been in this one. There was a freshness to my life, a passion, a new-found hope and optimism that carried me through some extremely difficult things. It was the first time I had felt really alive in decades. And I loved every second of it. Even the painful parts.

As hard as that time was (separation and divorce), it was infused with vitality. I was living on my farm with my boys, and my horses… I was launching my coaching practice and stepping out into my calling and purpose… I was building relationships that I could be fully authentic in… and I was discovering who I was, after having submerged myself for the better part of 20 years – running from old pain, or trying to stay safe.

It was heady season, full of life, and the zest of newness.

For all of you who have been around the block a few times, you know that life isn’t static. Well, through my own force of desire, or through having bought into our cultural press releases… I hoped I might be the exception to the rule.

It felt like running into a brick wall. I was angry, hurt, resentful, scared, ashamed, despairing… you name it. I met with the shadow side of my life, and I was NOT happy.

That ‘waking up’ season turned, as seasons predictably do… and dragged me kicking and screaming through the change.

Think stages of grief… now scramble them. Leave out acceptance for a LONG time, and keep repeating.

For those of you who don’t know me, I went through the loss of my horses and farm last year. The process had begun a few years earlier, and took an excruciatingly long time to complete.

That may not be a big deal for some, but for me it was loosing a lifelong dream, and part of my soul purpose. This was a dream I had hoped and prayed for since childhood, and then had the incredible joy of living in for 11 years. Loosing this was a type of pain that I had never experienced before, and my life has been no stranger to pain.

My boys and I finally left the farm a little over a year ago. I don’t remember most of those first 6 months in our little home here. I was just surviving… one day at a time. One breath at a time. Wrestling with my shadows.

I didn’t notice the healing when it first began.

What I could see, and wasn’t excited about, was the outward breaking down… gaining weight when I had experienced longstanding recovery from an eating disorder, back in my 20’s and lived for decades without worrying about weight.

I was getting older, creakier, and feeling decidedly un-zesty.

For the past year I rode out the hormone rollercoaster of perimenopause hell… mood swings, hot flashes, forgetfulness, depression… and knew that it was more than hormones going on. I’ve since been able to balance them, but the darkness behind it was about loss… about letting go… and about opening to the unknown.

Healing wasn’t on my radar. I just knew I hurt.

The ache was my daily companion. One I came to accept. 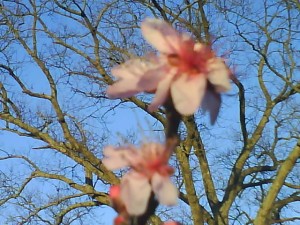 But slowly, healing happened. It’s been a deep, quiet process – mostly invisible, even to myself. Like sap running through the trees in February when the wind bites and spring seems an unlikely dream, the healing crept up on me.

It wasn’t until I heard that Zeppelin song, “Thank You”, the other night though, stirring those super alive feelings of that ‘waking up’ season of my life again, that I recognized it. I felt that familiar ‘old joy’, called in by the music, that I have longed to return to…

And what landed down in my bones… what I knew, for the first time in all this maelstrom, was that I like who I am now better!

Who would have guessed it?

And not just a little better.

But a LOT better.

I don’t want to go back there. I want to be right here, grounded in the life I’m living now. Something has changed. From the inside out. And I didn’t realize it had happened.

In the midst of all this, my roots went deeper.

Compassion came to rest in my heart. Dear God. So much more compassion… For myself, and for those around me. And this from someone who had always been driven and extremely hard on myself.

I don’t need from others in the same way. Not that I don’t need. I do. I always will. It’s part of being human. But it has a different quality to it. Not as urgent. More patient.

I have more to give than I’ve ever had. And the giving is its own joy.

It’s not like my life is all put together now. I’m still being challenged so deeply, in multiple ways… but I’m not fighting it the way I was.

I still face loss, I still have grief, I can still be messy, but I’m not scared inside in the ways I used to be. Not that I don’t get scared… but it isn’t the constant backdrop that it had been for most of my life.

I’m trusting something that I was just coming to learn back then. It’s really true.

It’s what Life is asking of me. It’s what I am here to give. And what I’m here to help others do.

This season too, will change. That’s a given.

Maybe when it does I’ll trust the change a bit more… Maybe not.

But either way, my heart has no response, but “Thank You”. 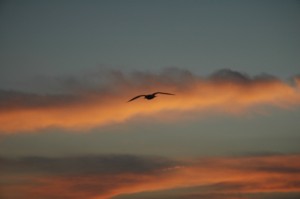